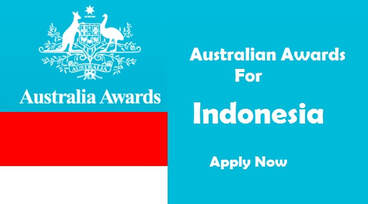 Short Term Awards enable Australia Awards in Indonesia to be flexible and responsive to the needs of organisations and sectors. Up to 350 Short Term Awards will be offered each year to senior Indonesian decision makers and influencers who want to develop new skills and increase their networks and potential through tailored short courses at reputable Australian tertiary education institutions.

​Long Term Awards are post graduate degree (Masters or PhD/Doctorate level) scholarships offered to the next generation of Indonesian leaders for development. Through study and research, recipients develop the skills and knowledge to drive change and help build enduring people-to-people links with Australians.

Applicants for Australia Awards in Indonesia Long Term Awards will be assessed for their professional and personal qualities, academic competence and, most importantly, their potential to impact on the development challenges in Indonesia.

Requirements for Indonesians to apply for Australian Awards

Field of Study under Australian Awards for Indonesia

Application Process for Indonesians to apply for Australian Awards

Anyone from Indonesia who wish to apply to study in Australia can check out the official Website on the link below to access the Application forms and processes.

Scholarship Open and Close dates for Indonesia
Opening date  : 1 February (annually)
Closing date    : April 29  at 21.00 WIB (annually)
Applications or supporting documents received after this date will not be considered.

Also check out of other scholarships for  Indonesians can apply  on :   Scholarships Awards Abroad